October 25, 2014 by cherrylkd 1 Comment
This blog stems from one of those early morning twitter conversations that I keep involving myself in. This one was on Friday 25th October and was started by a tweet from @GlynYOGIPotts

‘Today I will launch our ‘no grades’ observation policy in school. Nervous about how it will be received. Puts development above judgement’.

I responded with ‘Well done you. Good luck’.

A few other tweeters joined in and the conversation was a positive one. All good, I’m happy to report. Glyn said he wanted his school to be transparent and this was incremental change rather than fear. One of his reasons for going down this road was that he felt school had hired the staff and it was their role to reflect, support and develop them. I agree wholeheartedly with this. Eventually we were joined by @rrunsworth, the founding member of @UKGovchat. Raj was curious about this from a Governance perspective and asked some searching questions. Her basic question was ‘As a Governor how do we obtain accurate assessment of quality of teaching? Glyn stated that Governors would be more intelligent and would see the improvements, not just the grades. The conversation continued with Raj playing devil’s advocate to attempt to get to the nitty gritty for Governors. I replied that I would answer later as I was off to work. I was confident I’d blogged about this previously. It seems not! This is an attempt to rectify that.

Just in case there is anyone who is unaware Ofsted ran a pilot in June and July 2014 to see if the quality of lesson observations could be effectively judged without grades being assigned to individual lessons and teachers. In September 2014 Ofsted published a leaflet ‘Information for Teachers about Inspection: Lesson Observations’. This leaflet explained that Inspectors will not grade the quality of teaching or enter such a grade on the form for individual lesson observations. They will only feedback any evidence they have seen from teaching, books, talking to children and observing.

Prior to this my school, like most schools graded teachers during observations. I have long felt that lesson grading was unreasonable. It is far too subjective, one person’s Outstanding might be another person’s RI due to a dislike of the teaching style. My personal view is that grading should have been consigned to the scrap heap many years ago. The problem was that Ofsted used to ask for the HTs judgements on lesson observations. There really was not much choice. It had to be done. It was also a safeguard against a teacher having a bad day during an inspection. So maybe there was something positive to be gained from it.

So, the original question, how will we show evidence of the quality of teaching. For me the best way to assess the quality of teaching is to talk to the children while observing. Children are brutally honest! It will be apparent in an instant if they have got it. It is also possible to tell if the lesson was not challenging enough or too challenging by talking to children at either end of the ability spectrum.

Second is the books, look in the books. I’m not suggesting excessive marking, or triple marking, or different coloured pens or any other gimmicky type of marking. Just a clear showing of the work and if it is right or wrong with suggested improvements as feedback. From the marking you can also tell if the work was pitched at the right level. I don’t even think children should be slavishly copying out the lesson objective. The idea is to show knowledge and understanding rather than the copying skills of the child.

My third indicator is the data. As data leader I’m big on data. This is your strongest indicator of progress over time. You can see how each child in the class is doing in the subject you are observing. Any problems with the quality of teaching will be apparent with a glance at the data.

So that’s my answer to showing the quality of teaching for governors. Talk to the children, look in the books, check the data and triangulate this evidence on the lesson observation form. If any areas for further development are thrown up these can be shared with the teacher during feedback. This is a far more supportive, far less threatening model than grading lessons. I for one applaud Ofsted for driving the change on this.
Of course it is up to individual Head teachers how they run their schools. I told @mcladingbowl in August at the meeting that I thought that many Headteachers would continue to grade lessons as they are in fear of Ofsted. Just because Ofsted no longer require a whole file full of graded observations there is no guarantee that Heads will not do it. I can only hope that HTs listen and take their lead from Ofsted on this one. This culture of fear is not healthy and is not conducive to school improvement.

I am pleased to say that my Headteacher doesn’t grade lessons and as a result our teachers have no fear of observations. Well maybe a little!

12 thoughts on “Observations Without Grades” 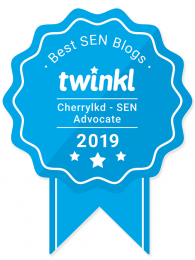